We were delighted to welcome local experts and conservation enthusiasts to Wyke Farm at the end of August, to coincide with Moth Night 2020. Due to COVID-19, it was a significantly pared down version of our annual surveying weekend at the farm, but a number of interesting moth and bird species were recorded over the night.

In total 81 species of moth were caught and identified across the MV light traps set up at various points around the farm, woodland and by the lake. A quieter night than we’d hoped for, but to be expected with unfavourable conditions of a cold, moonlit night.

A number of species were found in the farm trap, with perhaps the most distinctive being the striking Canary-Shouldered Thorn (Ennomos alniaria). A medium sized moth with a bright yellow thorax, it’s commonly found in woodlands and gardens, with its larvae feeding on a variety of deciduous trees. Also found was the smaller Maiden’s Blush (Cyclophora punctaria), aptly named for its characteristic red cross line and reddish hues on its wings. A Willow Beauty (Peribatodes rhomboidaria) was identified too, with its bark-like wing pattern.

With a range of species rich habitats, Wyke Farm is a perfect location for moth trapping. Many species were found multiple times over the night, including the brightly coloured Orange Swift (Triodia sylvina) which was found on the farm and in the hornbeam wood. The hornbeam wood provided a large array of species, including Ypsolopha alpella and a Pinion-streaked Snout (Schrankia costaestrigalis). The same species of snout was also found in the trap in the scrub to the south east of the lake, unsurprising for a moth that prefers damp meadows and marshy habitats.

To the south of the lake we discovered the beautiful Burnished Brass (Diachrysia chrysitis), so named for the remarkable metallic sheen on its wings. We were delighted to find an Ox-tongue conch (Cochylis molliculana) in the same trap. First recorded in Britain in 1993 in nearby Portland, this species has quickly colonised much of the south of England where its larval food plant is present, Bristly Ox-tongue. Also identified to the south of the lake was Acleris emargana, a small moth with distinctive notched and hooked forewings.

The woodland traps were by far the most productive, with around 40 species trapped on the night. This included several micro moths, such as Argyresthia semifusca, Prays ruficeps, and Epermenia falciformis. Common to the south of England, we discovered a Viburnum Button (Acleris schalleriana), frequently found in gardens and woodland. The beautiful Chinese Character (Cilix glaucata) was identified, with its unmistakable wing pattern used to camouflage itself from predators. A nocturnal species, its resting posture and wing pattern closely resembles a bird dropping.

Thank you to Nigel, Jack, Chris et al from EuCAN for identification and the photos, we’re already looking forward to what will hopefully be a bigger BioBlitz next year.

If you’d like to attend 2021’s event you can find out more here, or sign up to our newsletter to be the first to hear about all our upcoming events.

Lockdowns notwithstanding, we plan to host the Wyke Farm Bioblitz weekend on June 25th - 27th.  It will be two…

The Wyke Farm BioBlitz is scheduled to be held between 25th and 27th June 2021.  If you would like to register, please… 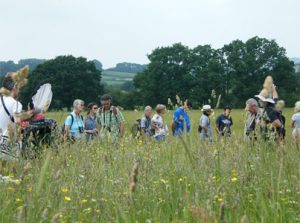 Soil that is regularly sprayed with chemical fertilisers tends to have fewer worms. It becomes sad, low quality and, frankly,… 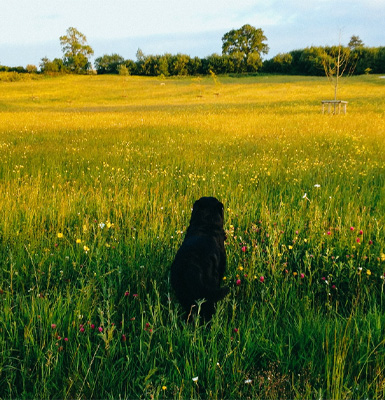